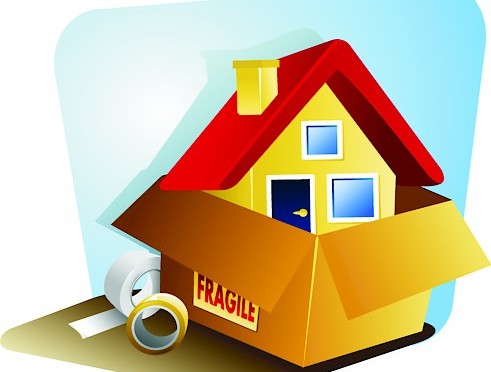 If you are wondering how the Auckland housing market is performing, we have a blend of good and bad news for you. There’s not so much good news to report, though. Auckland House Prices are “fragile”.

Right out of the gate, it is worth noting that loan mortgage interest rates been falling consistently over the past handful of years across the country. And they are at record lows right now.

The average interest rates for home loan mortgage from first-tier banks, building societies, credit union are ranging from high 3% to mid 5%, while non-bank lending agencies, and trustee companies are all in the 5-7% bracket.

Unfortunately, even historic low mortgage rates have not worked their magic on the Auckland housing market. The market hasn’t sprung back to life yet.

But, here’s the bit that might sound somewhat appealing to house sellers (and perhaps some property buyers) in Auckland. As per Trade Me Property data, Auckland house prices for apartments in the last 2 months l have remained relatively unchanged while 11% year-on-year increase from last year.

For the first couple of months in 2019 Auckland house prices were flat. But now, “we clearly see Auckland’s biggest year-on-year decrease in five years with the average asking price falling 1.9 percent from 2018 to $901,650.” say Head of Trade Me Property Nigel Jeffries.  This comes against the background of the fact that lending rates have gone down and that 13 out of 16 other regions in New Zealand have enjoyed price increases.

This can be bad or good news for Auckland sellers, depending on where you stand. On the one hand, the fact that apartments prices haven’t gone up might weigh heavily on sellers who are looking to offload their properties fast. On the other hand, Auckland house prices are trending downwards.

Auckland vs Rest Of the Country

How is the Auckland housing market stacking up against the rest of the country in terms of house prices? The national median house prices went up from $550,000 in April last year to $585,000 in April 2019. If you crunch the numbers, that is an uptick of 6.4%, which is great news for the most part, but not so much for Auckland.

But that’s for April, which is a month where house buyers and sellers are not often busy.

When you look at the 6-month numbers leading up to March 2019 (according to the Real Estate Institute data), you will notice that Auckland house prices have fallen across several areas. In fact, in most parts of the market, house values have gone down by more than 25%, especially in Central Auckland.

The fall of Auckland house prices could be attributed to a number of factors, including restricted access to home loan mortgages, high availability of houses, declining buyer interest, unaffordability, and overall economic climate.

When all’s said and done, however, the complex factor that’s driving low prices in Auckland is the high levels of housing availability combined with unaffordability. Experts think that potential buyers have reached the limit of what they are able to pay for a house. To add insult to injury, some of them can’t access credit even if they want to up their offers.

Not All is Gloom and Doom

Some parts of Auckland experienced an uptick in house prices. These are mostly suburbs located in the northern region where the supply has been a little constrained.

Takapuna recorded the biggest price increase of 30%, from around $1 million last year to $1.3 in 2019. At far second was Onehunga whose median house prices increased by 19.4%.

Another not-so-appealing piece of information from the data is that Auckland houses for sale are taking longer on the market. A year ago, it took an average of 37 days to offload a house in Auckland, but this jumped to 41 days this year.

Sales volumes are also down. In April this year, 1608 houses were sold in Auckland, a 16.3% drop from 1921 properties sold in April last year.

Get More for your Auckland Property

Are you worried about falling Auckland house prices? Get in touch today with WeBuyProperty.co.nz, Auckland’s #1 Private House buyers, for an irresistible, no-obligation offer.