House Sales Drop Nationwide, Where To next?

National Sale Volumes Plummet! Would Prices Be Next?

Recently the volume of houses sold has dropped drastically by a quarter in the past year. This has prompted the Real Estate Institute to seek for an end to the stringent lending restrictions put in place by the Reserve Bank. Unfortunately, these restrictions affect first-time buyers more then the seasoned investor. Would New Zealand House Sales continue to drop?

According to the chief executive of REINZ Bindi Norwell, who said that the LVR restrictions have slowed down the pace of the real estate but it was time to review same especially as it regards first-time buyers. Norwell further stated that the biggest hurdles in buying a house are the inability of people to access finance. Banks have continued to tighten their lending conditions and LVR restrictions. This has created a huge barrier that makes it very difficult for first-time buyers to access the real estate market.

Agents across the country have consistently said they have prospective buyers but access to fund has continued to hinder their desire to own a house. 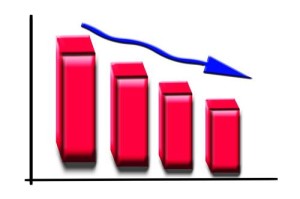 One year ago, the prices of houses in the median for July increased in all but four regions across the country. The national median price gained by 3.4% year-on-year to $518,000 and the New Zealand’s median price, except Auckland, gained 6.1% which is about $415,838 year-on-year.

However, the median price has continued to fall and the days to sell trend has also continued to ease. The House Price Index is a little bit steady for the main time but is reducing compared both twelve months ago.

Auckland has a lot of properties available for sale, because the volume properties available has risen by nearly half. The problem is the inability of purchasers being hamstrung by finance and LVR restrictions. In the lower South Island, listings have reduced which makes it harder for investors and first-time buyers to bid for properties.

We are #1 Auckland House Buyers company, contact us for free consultation.

If You Want To Sell Your House
Request No Obligation Offer!